Servicing over 20,000 people in the Central Queensland area since 1977.

Flossing your teeth shouldn’t feel awkward, boring or painful. And dodging the floss because of these reasons isn’t doing your teeth and gums any favours. Flossing teeth regularly improves your oral health and can even result in shorter hygiene appointments. So, if you want to spend less time in the chair then let’s talk about flossing.

Why you hate flossing

If you’re a floss dodger you may use one (or both) of the following arguments to convince yourself it’s not worth doing.

Argument number 1: “Sticking a tiny bit of string between my teeth isn’t going to have a massive impact on my oral hygiene. I mean, it’s just string! So, skipping the floss now and then is fine.”

Argument number 2: “Flossing teeth is boring. I hate it. It hurts my gums and takes too long. Plus, I brush my teeth twice a day so it’s fine.”

As dentists, we’d like to address each of these anti-flossing arguments. Hopefully we’ll convince you once and for all that daily flossing is a good idea.

Argument 2: Flossing is boring and it hurts

Here are a couple of ideas to make flossing feel less of a chore.

Admittedly, there aren’t too many ways to jazz up flossing. It’s just one of those average life tasks that need doing. Similar to emptying the dishwasher and folding washing.

If you struggle with flossing because it’s painful or your gums bleed, then we’re dealing with a different problem. Pain could mean you’re flossing technique needs a little work. While bleeding gums could be a sign of gum disease.

If bleeding occurs, don’t ignore it. Brushing more regularly, using a soft-bristled brush, and flossing your teeth every day may help lessen the bleeding but you should make an appointment to see your dentist. They’ll assess the damage and advise you on the treatment options.

How to floss your teeth

With the right technique, flossing shouldn’t hurt or take much time. Here’s how to do it right in five simple steps.

What age should you start flossing?

Perhaps the reason you’re reading this article and don’t like flossing is because it was never ‘a thing’ when you were growing up. It’s never too late to start. Make flossing part of your daily oral health routine and you’ll be doing your teeth a big favour.

If you’re a parent and don’t want your kids to have the floss-less childhood you did, you can start setting an example from as young as two years old. By flossing your child’s teeth after brushing while they’re young, they’ll see it as a regular part of cleaning their teeth. The hope is that as soon as they’re old enough to do it themselves (aged around 10), they’ll continue with it.

Get extra guidance on flossing

Still unsure whether flossing is worth your time or how to do it? If you’re a Keppel Dental patient, our dentists are more than happy to talk to you about flossing and brushing. Let us know at the start of your appointment that this is something you want to go over, and we’ll leave time for a flossing demo. 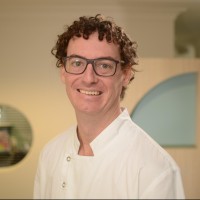 Luke wants your smile to look awesome. A big fan of cosmetic dentistry, Luke embraces the latest technologies that help rebuild natural-looking smiles. He also believes a trip to the dentist should be far from dull. Putting Netflix on the ceiling, so you can watch while in the chair? Yeah, that was his idea. What a genius! Besides dentistry, Luke enjoys surfing (although he says there’s room for his skills to improve) and taking his boat out for a spot of fishing.

Qualifications:
Bachelor of Dentistry (Hons) from Sydney University in 2013. Neuroscience (Hons) in 2008 and Developmental Biology Bachelor of Science in 2007 from University of Queensland
Dental Interests:
Cosmetic dentistry and dental implants
Reasons to Smile:
Tinkering with gadgets and technology. I like finding out how things work so I feel like I’m learning new skills.

You can find out more about which cookies we are using or switch them off in settings.

This website uses cookies so that we can provide you with the best user experience possible. Cookie information is stored in your browser and performs functions such as recognising you when you return to our website and helping our team to understand which sections of the website you find most interesting and useful.

Strictly Necessary Cookie should be enabled at all times so that we can save your preferences for cookie settings.

If you disable this cookie, we will not be able to save your preferences. This means that every time you visit this website you will need to enable or disable cookies again.

This website uses Google Analytics to collect anonymous information such as the number of visitors to the site, and the most popular pages.

Please enable Strictly Necessary Cookies first so that we can save your preferences!